Organic/polymer semiconductors provide unique possibilities and flexibility in tailoring their optoelectronic properties to match specific application demands. One of the key factors contributing to the rapid and continuous progress of organic photovoltaics is the control and optimization of the photoactive layer morphology. This layer is typically a thin film bulk heterojunction (BHJ) made up of an electron-donating molecule (typically a polymer) and an electron-accepting molecule. The impact of morphology on photovoltaic parameters has been widely observed. However, the highly complex and multi-length scale morphology often formed in efficient OPV devices consisting of compositionally similar components impose obstacles to conventional morphological characterizations. 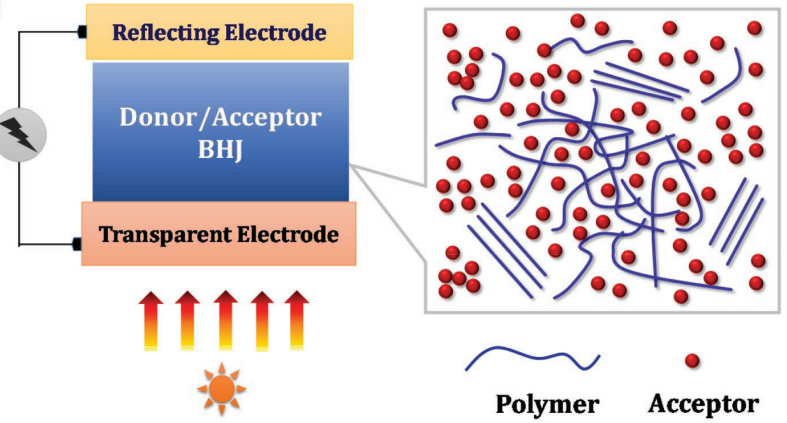 In our group, we use several synchrotron-based techniques to study the organic materials used in organic electronic devices.  These materials are typically semicrystalline and many of their crystalline properties have been shown to strongly correlate with material properties which are crucial to device performance, e.g. charge transport.  Obtaining quantitative information about the structure of these materials is vital in order to develop a fundamental understanding of the physics governing the behavior of these materials, which is still somewhat lacking. The three techniques we most often use are R-SoXS, STXM, and GIWAXS.

R-SoXS has lead to tremendous progress in the characterization and comprehension of the complex mesoscale morphology in OPVs. R-SoXS is capable of quantifying the domain characteristics of a BHJ by exploiting the contrast between the donor and acceptor molecules at their resonant energies. 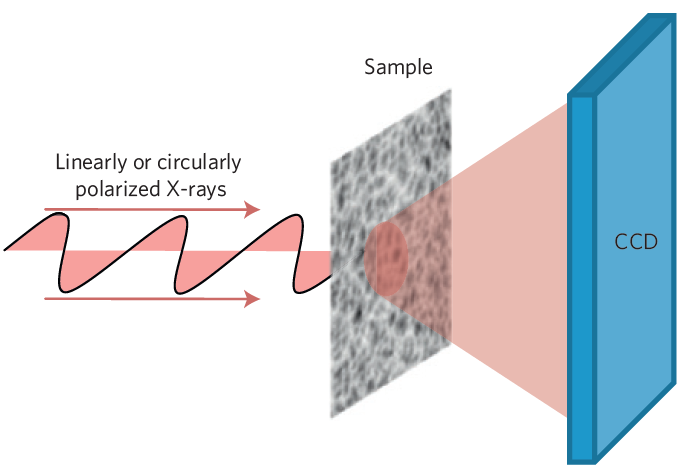 Resonant x-rays are scattered in a transmission geometry by the BHJ sample. The scattered photons are collected by an area detector charge-coupled device (CCD). 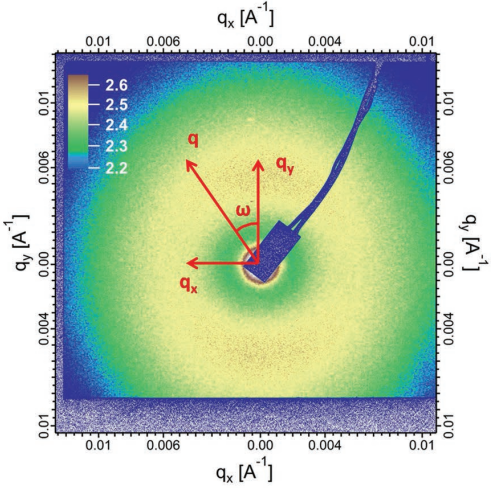 The 2D R-SoXS pattern can be analyzed to extract information about the thin film such as domain size and domain purity. 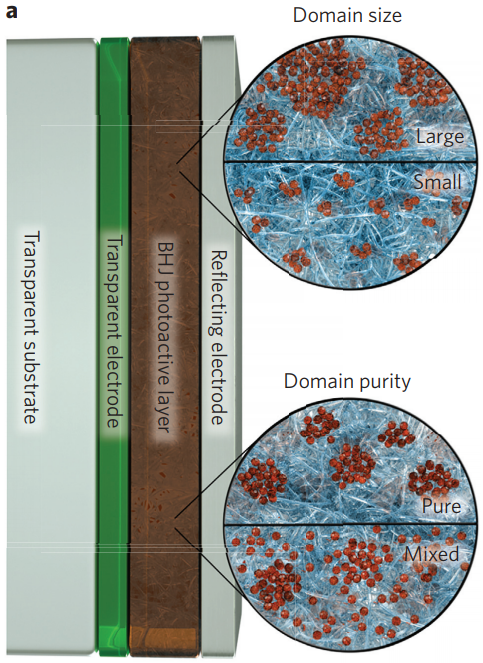 Here, domain size is visualized by the clusters of PCBM, a common acceptor molecule (small red spheres). Domain purity is characterized by how much PCBM is diffuse in the donor (blue) phase.

These morphological parameters strongly correlate with the performance metrics of an OPV, such as the short-circuit current (Jsc) and the fill factor (FF). Here, ‘long period’ is related to domain size. 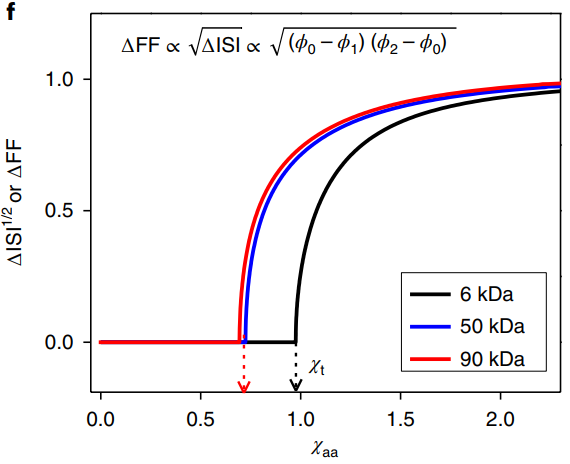 Recently, our group led a major breakthrough in the search to be able to predict morphology and performance for a given donor-acceptor system. The major finding relates a device performance parameter (FF), a miscibility parameter between the two molecules (chi), and scattering data from R-SoXS (ISI).

STXM is used to move a tightly focused x-ray beam across a sample and collect the number of transmitted x-rays with a photodiode. Once a ‘scan’ is complete, the individual point collections can be combined to form a microscope image.

As demonstrated below, STXM can be used to determine the composition of a mixed domain in a BHJ by scanning along (red line) a region close to a PCBM crystal (black, finger-like regions). STXM can also be used to collect the absorption spectrums of organic films. 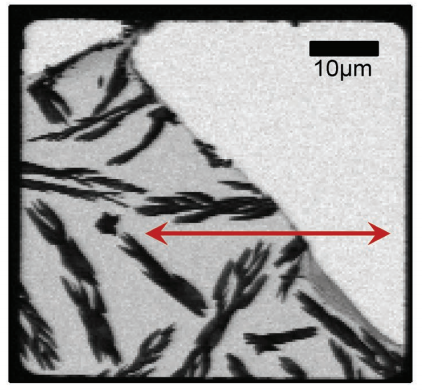 STXM was a critical technique in our recent work characterizing miscibility and morphology in BHJ’s.

Grazing incidence wide angle X-ray scattering (GIWAXS) is a structural characterization technique.  A sample is placed in the path of a beam of hard X-rays such that the beam is incident upon the sample at a grazing angle, typically ~0.13°, and the resulting scattering pattern is recorded by a 2D detector.  The scattering pattern contains a wealth of information about the structure of the sample.  Sharp peaks in intensity within the scattering pattern (Bragg reflections) are caused by a crystalline structure.  The intensity and shape of the peaks can give quantitative information about the size, shape, orientation, and disorder of crystallites in the sample. 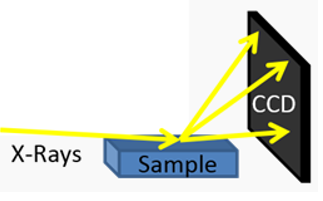 In a recent study about blade-coated BHJ’s in green solvents, it was found that the GIWAXS (see above) for the solvent TL showed more crystallinity than the other solvents (XY and TMB). This was shown to be a reason for better device performance for the films cast with TL compared to those cast with XY or TMB.